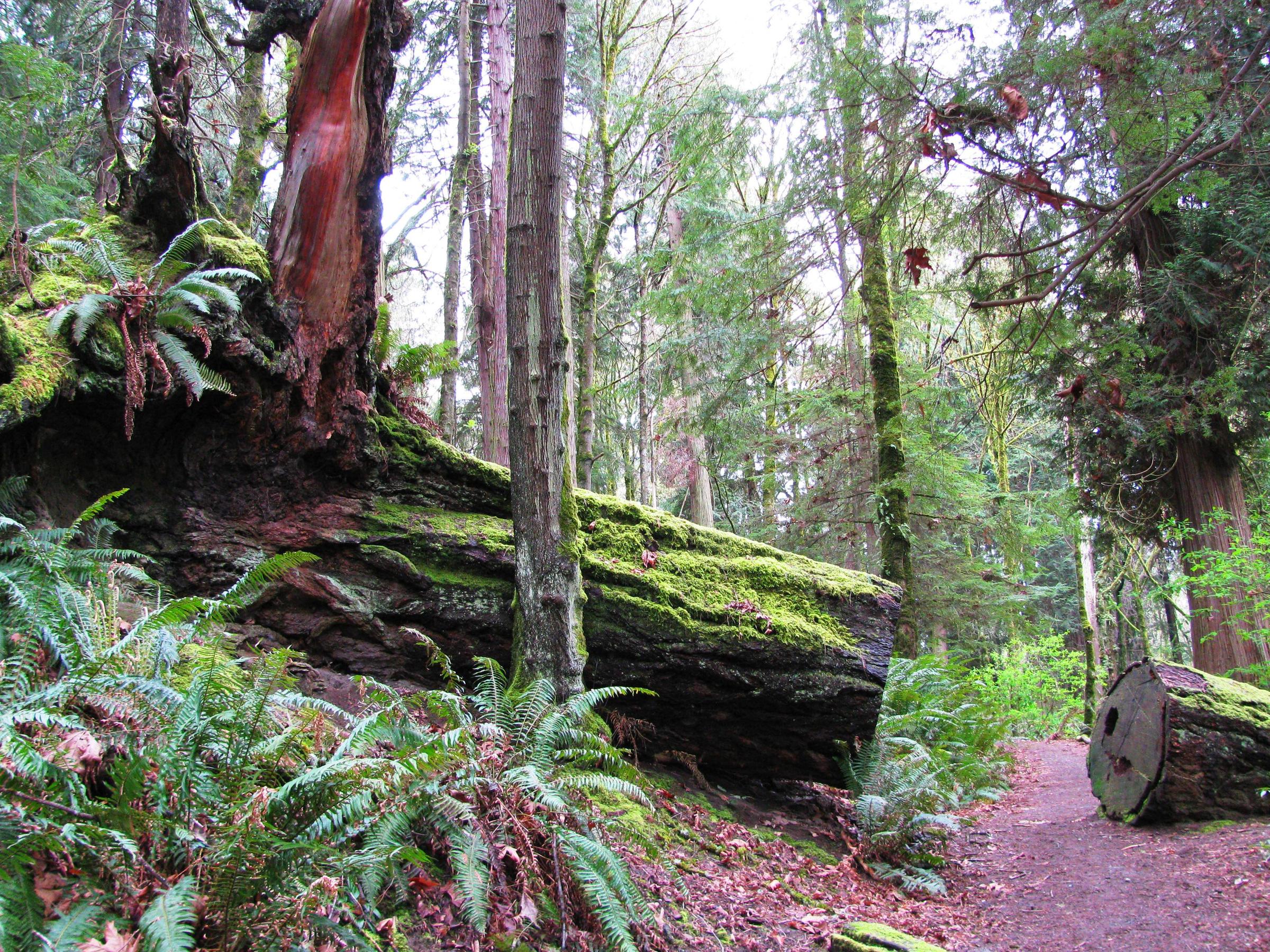 Seward Park was created by the 2nd Continental Glacier, a 4000 foot thick sheet of ice which carved out Lake Washington over 13,000 years ago.

Within the bounds of Seward Park is contained a unique western prairie community that supports the Garry Oak, Washington’s only native oak. This member of the white oak family is becoming increasingly rare as the result of increased development and encroachment by large fir trees.

The forests of Seward Park are Old Growth forests, and take at least 175 years to develop. These forests are characterized by their large, old trees which may house up to 100 additional plant species, large snags which serve as veritable hotels for wildlife, and enormous fallen trees some of which can be up to 1,000 years old and provide food and shelter for plans and animals as they slowly decay and decompose.

Common Species of plant in the park include trees such as the Douglas Fir, Western Hemlock, Sitka Spruce, Western Red Cedar and the spectacular Big Leaf Maple whose dinner-plate-sized leaves become a brilliant yellow in the Fall. Other plants include various Fern species, Bracken, Salal, Oregon Grape, Salmonberry, Trillium and Poison Oak.

More than 100 species of birds have been recorded at the site. Our star attractions are the majestic Bald Eagles that nest in the park. Two aeries have been reused by our eagles every year. Birds that are commonly sighted include Osprey, Barred Owls, Great Blue Herons, Northern Flickers, Black-Capped Chickadees, Spotted Towhees, Downy and Pileated Woodpeckers.

Seward Park’s ecosystem also supports a mammal population, including the elusive Mountain Beaver. This rodent is not actually a true beaver, but its habit of gnawing bark and chewing limbs off of trees contributed to this misnomer. Mountain Beavers are herbivores and must consume a full 1/3 of their body weight in water daily to offset inefficiencies in their kidneys. Other species that frequent the park include Coyotes, Raccoons, Squirrels, Beavers and Otters. Until the 1950’s, Black-Tailed deer used to swim from Mercer Island to Seward Park.
To learn more about the Ecology of Seward Park, please join us for one of our programs!

Please visit the City of Seattle Parks and Recreation Department for more information on Seward Park.

See what's coming up at the Seward Park Audubon Center!

Spread the word. It’s the least you can do.